God loves us. He doesn’t only give us what we need but wants us to have life in abundance.
In this sermon Lisa Garner talks about Jesus’ first miracle and what it tells us about the abundance he wants to share with us.

We are happy to announce that Lisa has been commissioned as church evangelist of Metropolitan Community Church Lubbock.

What is an evangelist?
An evangelist is a “publisher of glad tidings”, a missionary preacher of the gospel ( Ephesians 4:11 ). They were itinerant preachers, having it as their special function to carry the gospel to places where it was previously unknown. The writers of the four Gospels are known as the Evangelists.
( http://www.biblestudytools.com /dictionary/evangelist/)

It has always been her calling to share the gospel and bring it closer to the hearts of those who believe that it is for whatever reason not for them. 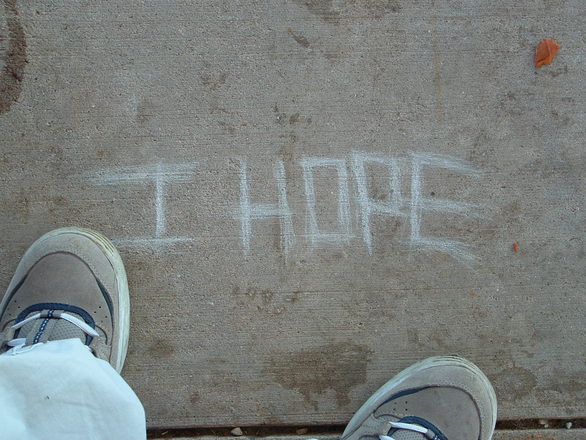 Zella Ziona was 21 years old when she was killed on October 15th 2015.
For Lisa and me it was a happy day. It was the first time we celebrated her birthday together. We had a wonderful day full of laughter, tenderness and the simple joy of having found each other and being so absolutely in love.
Marc Pourner was 28 years old when he was killed on November 14th 2015.
For Lisa and me it was a busy day. We were more than just a little excited. Just a day before, on the 13th we got our marriage license. In the middle of Texas. Lisa who has lived here all her life could barely believe it. For her it was a miracle. Our wedding was scheduled for November 19th and there was still so much to do. We were in a bubble of delirious happiness.

Now, in March 2016 I have been in this country for six months. In this time at least two people who identified somewhere on the LGBT spectrum were killed in hate crimes in the United States. Dozens more were severely injured, many tortured, beaten bloody, suffering from broken bones or severe burns or even brain damage. Hundreds more were verbally assaulted, intimidated and bullied for being who they are.